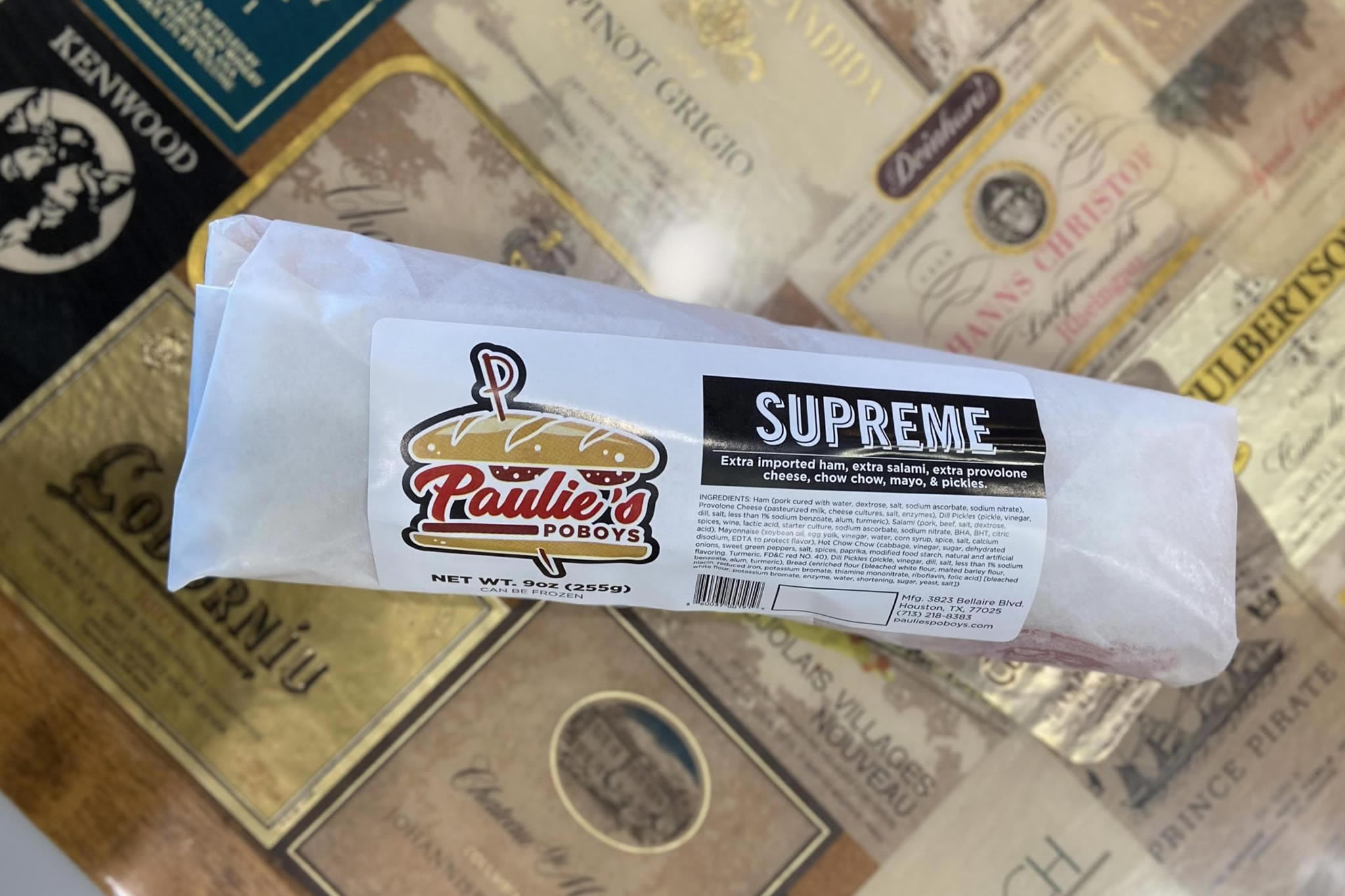 Andrew Boutros2022-09-09T13:54:25+00:00
Poboy sandwich, also known as a poor boy sandwich, is a type of submarine sandwich. This classic sandwich is closely associated with New Orleans. Moreover, like various other submarine sandwiches, a Poboy is made using a long loaf of bread which has a great resemblance to a submarine. In addition to that, a variety of delicious ingredients are used in a Poboy, which can either be served dressed with garnishes or plain and undressed. There are many places outside of New Orleans where a Poboy sandwich is famous as a sub or hoagie, depending on the dialect of the region.

Furthermore, purists believe that in order to make the best Poboy sandwiches, restaurants must use high-quality bread. Normally, Poboys are made with New Orleans French bread but at Paulie’s Poboys, we use Cuban bread to give it a unique touch. The Cuban bread that we use has a distinctive crust and a dense, chewy exterior. In various other restaurants, Classic Poboy sandwiches are also made with seafood which may be battered, fried, or stewed. In this case, the sandwich is usually served hot and the bread is toasted to make sure it doesn’t become soggy. On the other hand, cold Poboy sandwiches are generally made with meats like ham and roast beef, and later they are slathered with hot gravy. Not to forget, mustard is also a standard inclusion in Poboys all around the globe. When a sandwich is ordered dressed, it means it includes a generous amount of pickles and mayonnaise.

It is generally believed that the very famous Poboy sandwich was invented in 1920 by the Martin brothers. They were former streetcar drivers who were looking for a way to support a streetcar strike. The brothers finally decided to hand out free sandwiches to the ‘poor boys’ who were striking. Later on, the sandwiches became popular among others as well. By the 1930s, Poboys became quite popular and a lot of Poboy sandwich stands started thriving. The best thing about these classic poboy sandwiches is that they continue to be cheap and popular not just in New Orleans, but all around the world. It is one of the most common and affordable lunch offerings. Plus, various sizes are available to cater to people with different appetites.

Where do I get the best Poboys?

In today’s times, Poboys vary in style and taste, and you can ask any Houstonian where to get the best Poboy in the city, and almost everyone will tell you to go to Paulie’s Poboys. Our restaurant has a personal identity. It has been in action for several decades now. Experience the goodness yourself! When you get your hands on our delicious Poboy sandwiches, you will quickly find yourself indulging in one of the best culinary creations.
By Andrew BoutrosPoboysclassic poboy, poboy sandwich0 Comments
Read more...